Since 1985. the Harbin Ice Festival has attracted tourists from all over the world. Ice sculptors travel to the northeast Chinese city every year to create their temporary masterpieces. It’s an event I didn’t want to miss this year — and one I’d like to revisit in future.
We arrived in Harbin by train, leaving on Friday from Beijing South Railway Station and getting there Saturday morning. I barely slept a wink, but seeing the snowy landscape through tired eyes as the train drew closer to our destination made the nine-hour trip worthwhile. 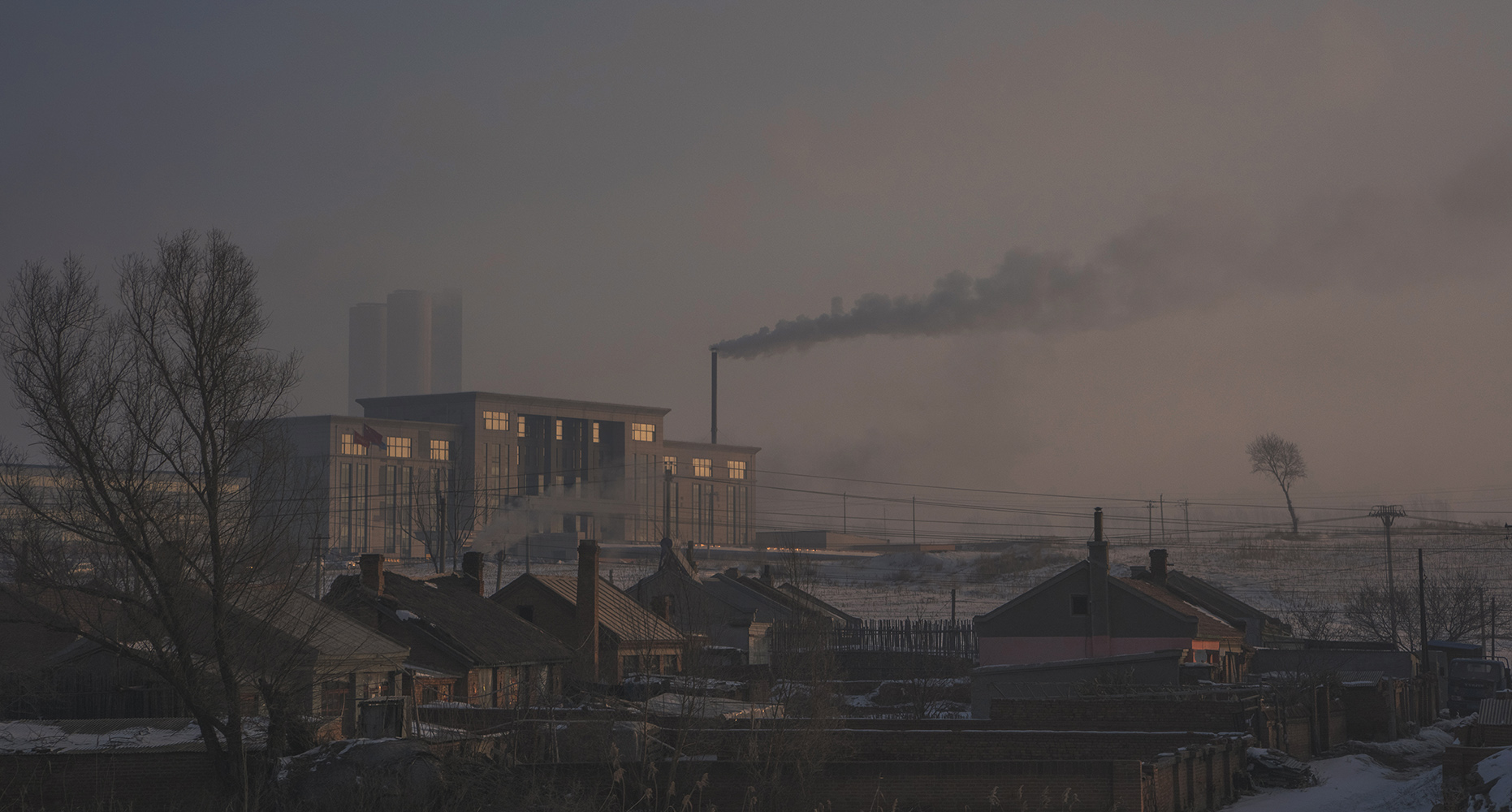 Before the winter wonderland, industrial sights greet visitors to Harbin from the train. 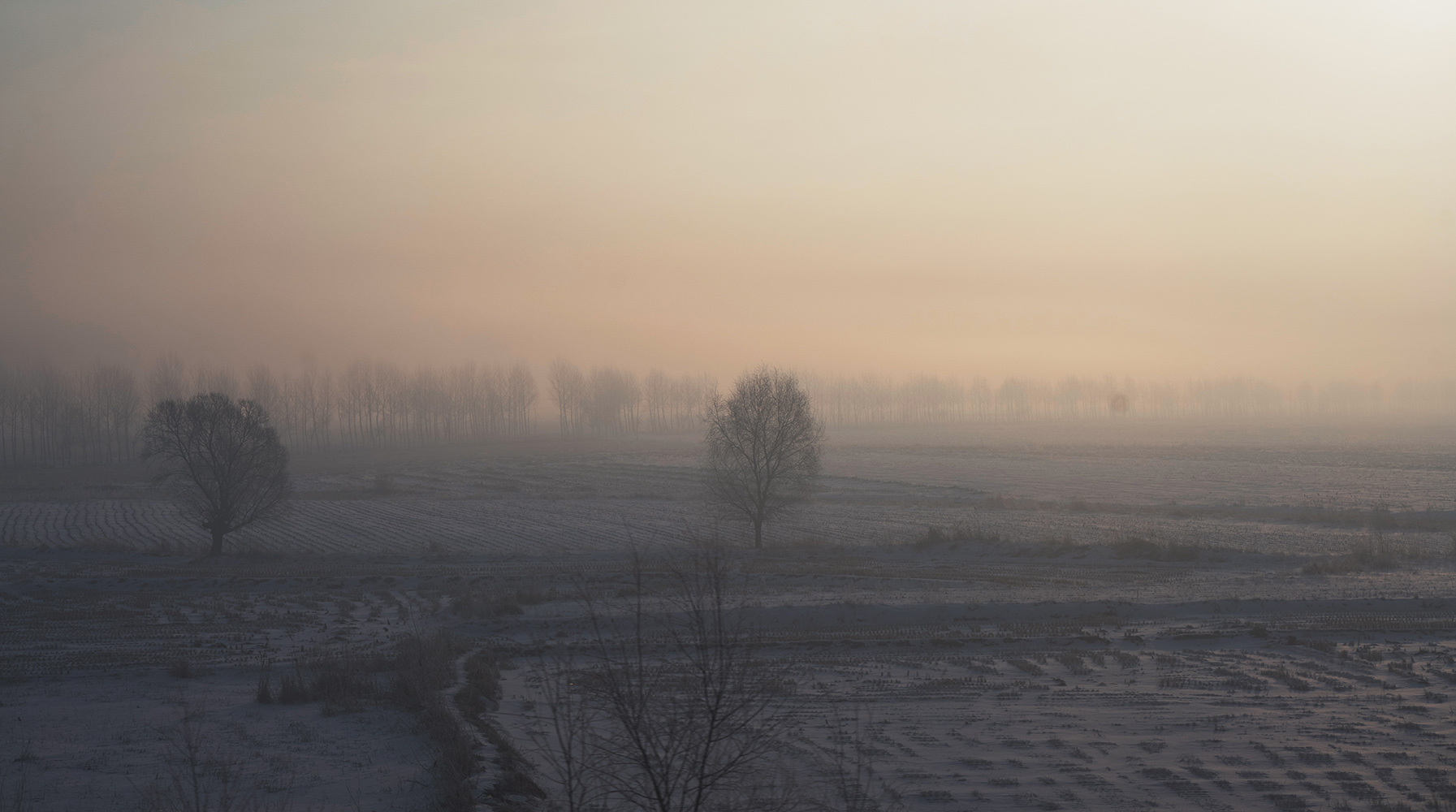 But before long, desolate snowy landscapes come into view.

Giving ourselves just one day to visit the parks, we decided not to waste a minute. We immediately checked-in to our hotel, dropped off our bags, dressed warmly, and left for the island where the main parks are. There are two main sites that are mandatory to visit: Sun Island and Ice and Snow World, both of which are close to each other.

Taking a cab to the island across the Songhua River was quick and convenient. Taxi drivers in the city drive as if they are racing against the clock. Once at Sun Island, I immediately noticed the emptiness of the entrance. A giant square, normally packed with tourists lining up to buy tickets, was conspicuously empty. It was March, after all; winter (and the tourism boom) had melted away.

Although many snow sculptures were damaged, strolling through the park without the masses was a pleasure. 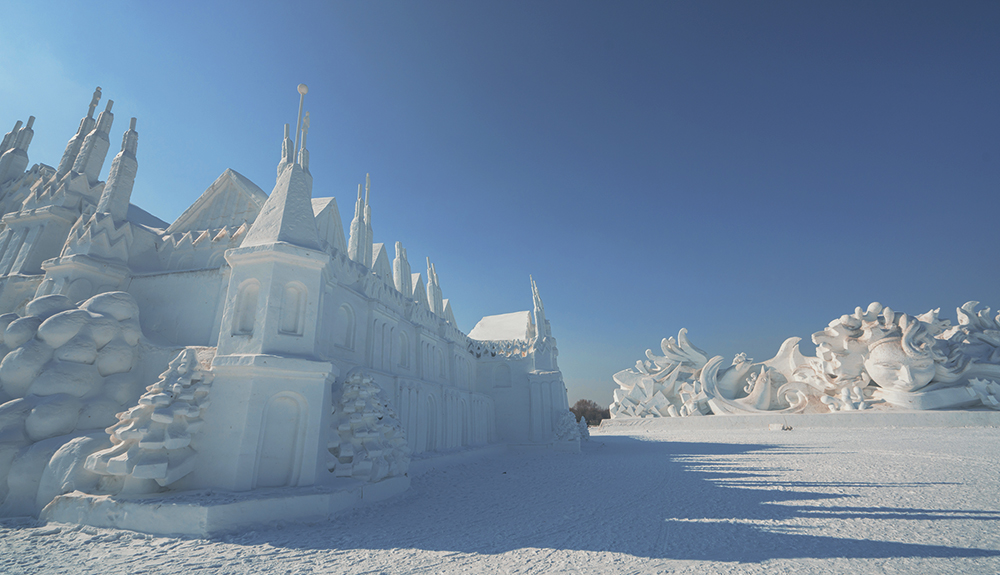 Snow sculpture in the end of Sun Island.

With winter almost over, sculptures enjoy their final days in the sun.

With hordes of tourists no longer an issue, March is an ideal time to visit the Ice Festival.

The aptly named Snow Island was fun to visit. There were plenty of sculptures in the vast park. Although most artworks had deteriorated, the sketchiness of the sculptures and the desolation created an eerie yet alluring atmosphere.

After walking around the park, we asked a woman at the entrance how to get to Ice and Snow World. To our surprise, she said that the park was closed, it “wasn’t cold enough anymore,” apparently. It was odd logic and our research indicated it should be open, but in China it pays to double (or triple) check information, even for reliable sources.

However, we had another surprise: it was open. After leaving the park, we went to an aquarium across the road where a woman told us the good news. A short while later, we arrived at Ice and Snow World. 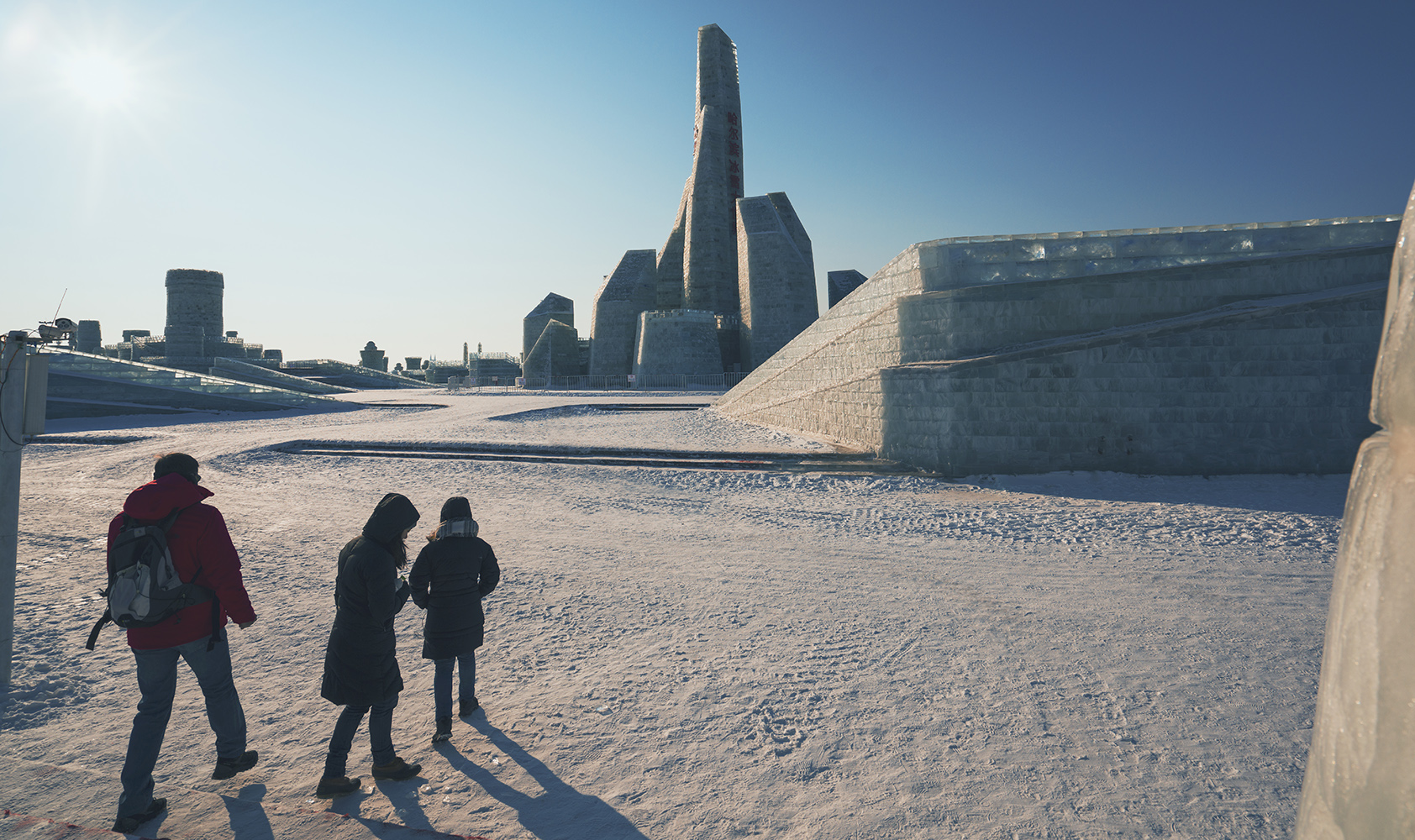 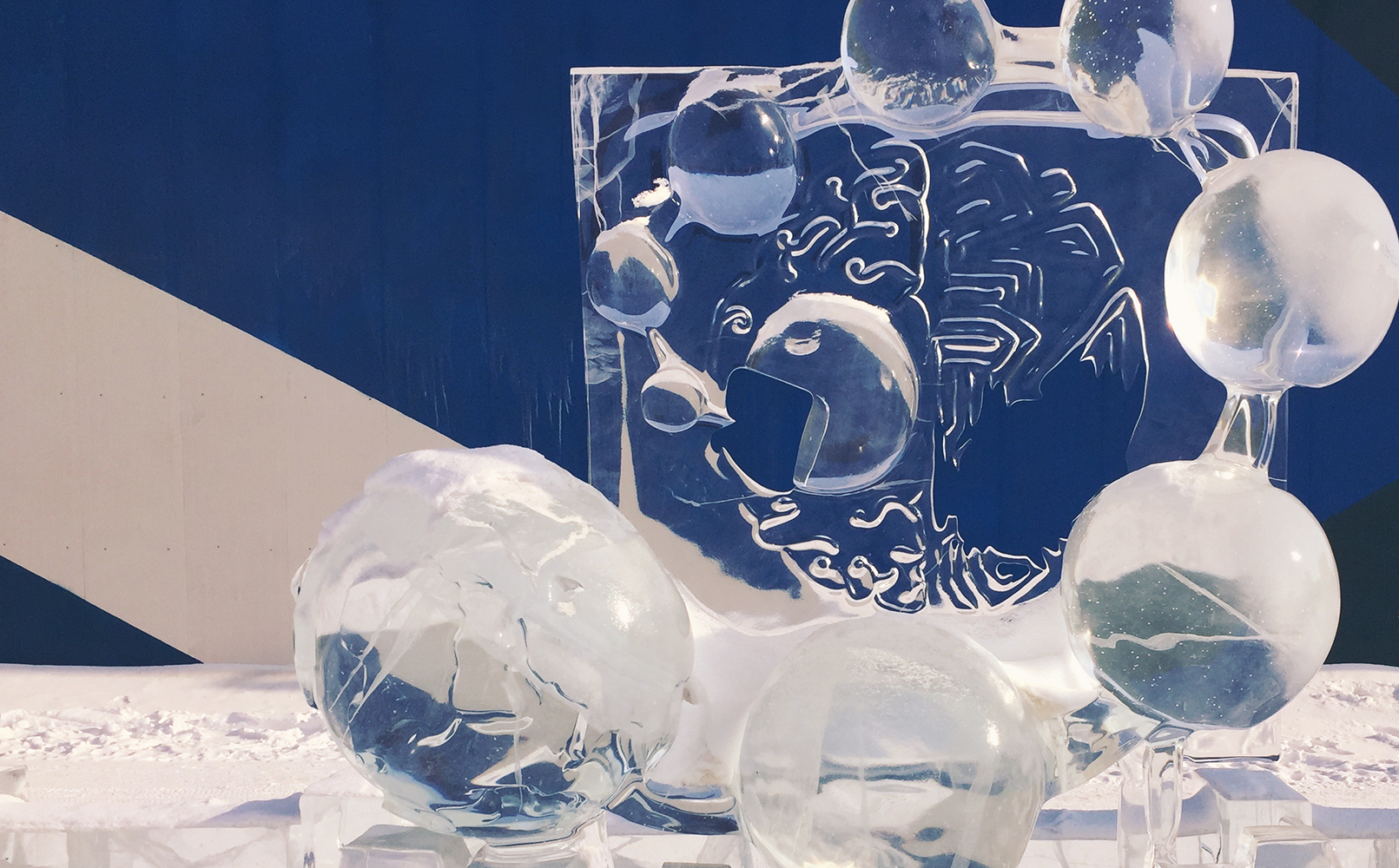 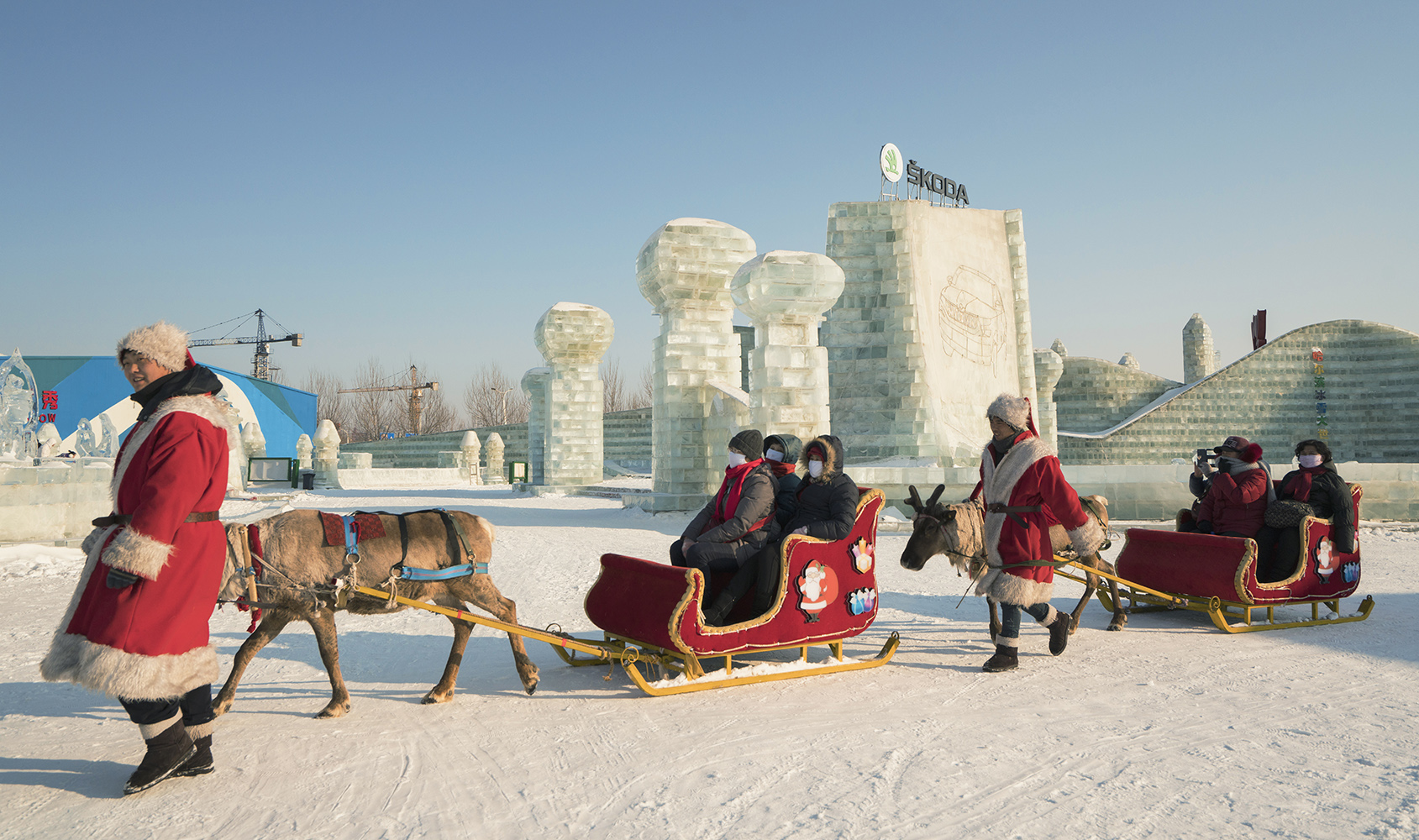 Ho, ho, ho from Harbin, where Santa and his reindeer spend their off-season.

Once in Ice and Snow World, we waited for sunset at one of the restaurants. Heat radiated from the floor, allowing us to thaw after being exposed to -17 C temperatures outside.

As darkness fell, neon lights went on and a selfie frenzy ensued in front of the illuminated ice constructions. It was no longer a quiet snowy park, but a typical Chinese tourist attraction bustling with activity. 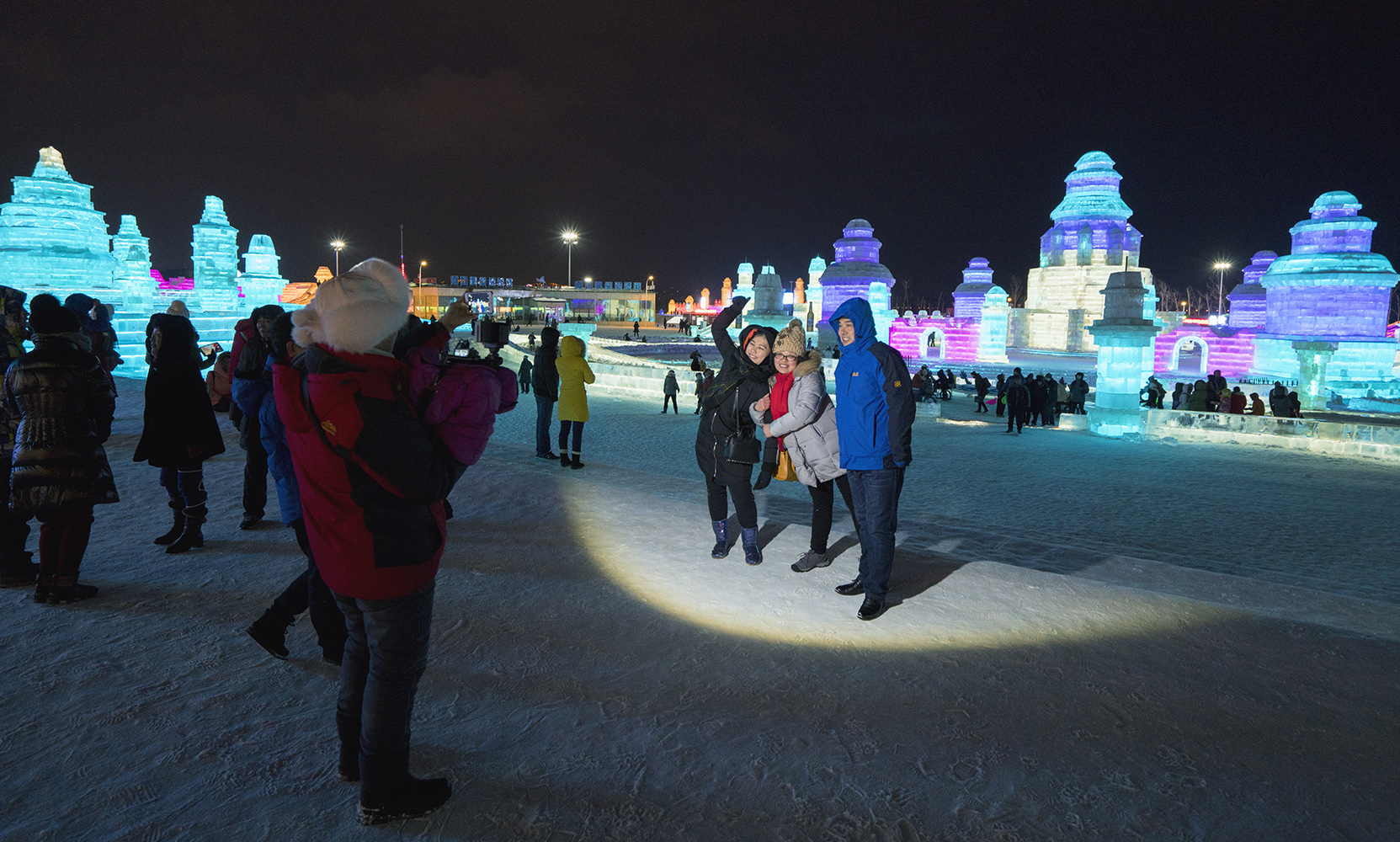 When the sun goes down, the ice city lights up.

Sunday was a day to wander around the city, including along the Songhua River. The frozen river was a winter playground, where revelers got around on ice skates and hovercrafts. We crossed the river and headed to the entrance of Sun Island. Fortunately, recent snowfall helped making the river less slippery. 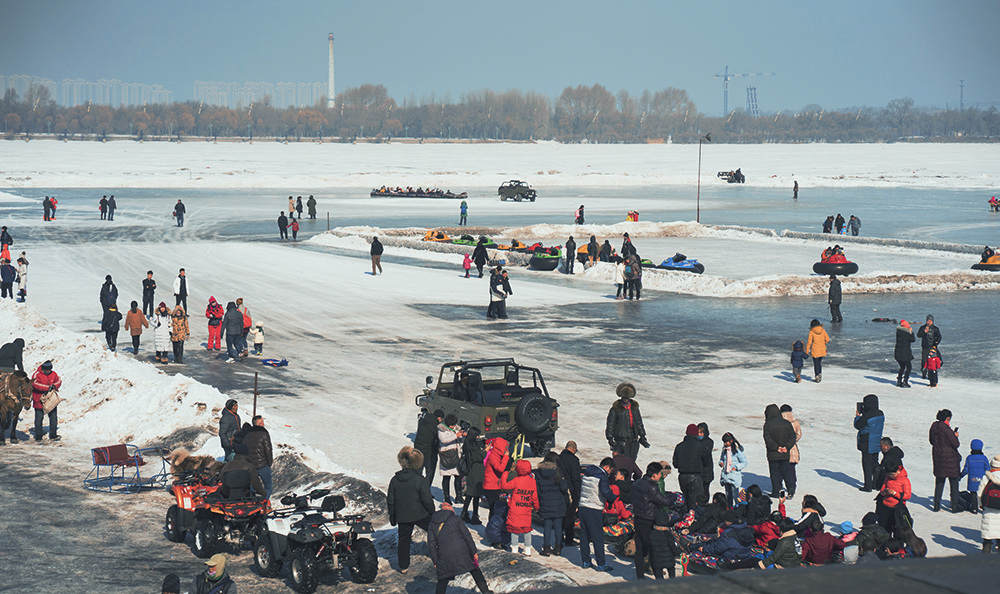 On previous skiing trips, I had experienced the fast drain of battery power due to cold climates. This time, I didn’t have to worry about keeping my batteries warm as it wasn’t that cold. As long as they are in a warm pocket, they will keep their charge. It is only in the middle of winter, when it gets to -30 C, that special care is required. The photos in this blog post were taken with the Zeiss 16-35 and a Loxia 80mm lens, Sony a7R2 camera body.
There many “cookie-cutter” Chinese cities that visitors find to be indistinguishable. Their urban layout, overwhelming crowds, and obligatory temples blur the lines between one city and another. Harbin, however, stands out as unique for more than its extreme weather and remote location. Its Russian influence, evident in architecture and buildings with Cyrillic script, and global reputation, and reputation as a winter wonderland make it a city worth visiting.

Privacy Settings
We use cookies to enhance your experience while using our website. If you are using our Services via a browser you can restrict, block or remove cookies through your web browser settings. We also use content and scripts from third parties that may use tracking technologies. You can selectively provide your consent below to allow such third party embeds. For complete information about the cookies we use, data we collect and how we process them, please check our Privacy Policy
Save